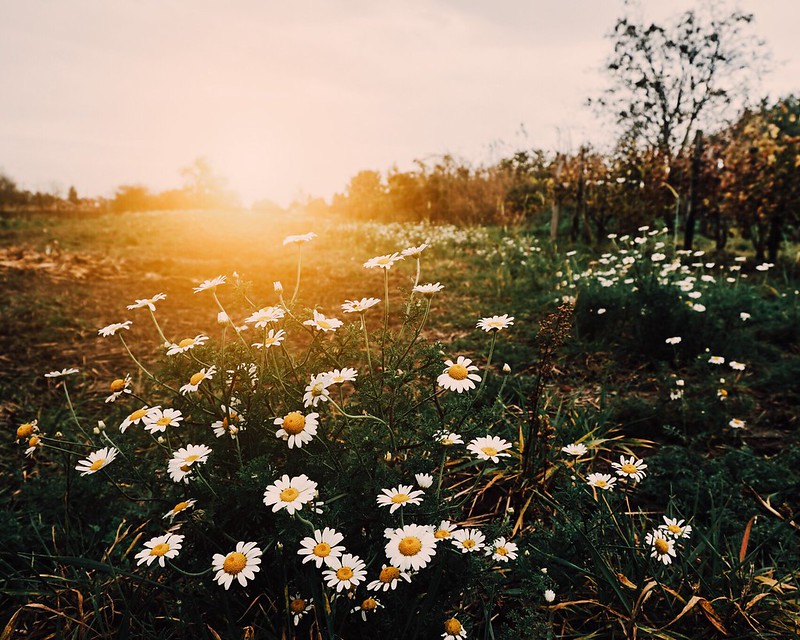 When I was younger and used to take private English lessons, my teacher at the time had this strange chestnut concoction that she used for any issue she had. She would use it when she had a cut, when her rheumatism kicked in or when she had stomach ache. The woman was 60 and able to do a side split so I never contradicted her. However, I never really believed it would do anything for me either.

With the same conviction my grandma has always recommended chamomile tea to me. My skin has always been very sensitive and demanding so every single time I had a facial it was left looking like I had been stung by a thousand bees. And every time my grandma would suggest a chamomile tea compress. After the tenth time I kind of blocked her and the chamomile tea out of my mind.

However, a couple of weeks ago I mistook my (only!) facemask with that of my flatmate’s and only realised the mistake once my face was on fire. Funny thing is it was supposed to be a ‘calming’ mask. Anyway, the second I saw my face was bright red I thought of maybe taking my grandma’s eternal advice of using a chamomile tea compress (mainly because chamomile tea was the only thing I had at hand to help me) and guess what? It worked wonders. In about half an hour my face was back to normal.

Skin care has been the main focus of almost every large cosmetics company’s ads recently and everyone has been emphasising the idea of prevention. Gone are the days when anti-wrinkle cream was all the rage, more and more now start using skin care treatments at 20 to keep them from ageing too soon.

But before you jump into Clinique and Kiehls to fix any breakout and irritation take a step back and think about what your skin really needs, think about those old remedies your grandparents used to talk about and see if they work for you. You might be surprised. I gave chamomile the benefit of the doubt and I am definitely putting it on my list of recommendations.