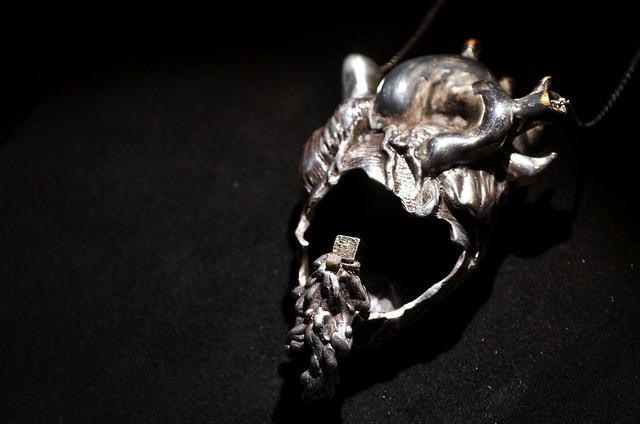 It kicked off with the opening of the 'Untamed Skin' showcase at the Romanian Cultural Institute. Although very different, the three collections - two fashion capsules accompanied by a jewellery collection - were brought together by the main motif of the showcase - the intricate Romanian blouse. Alexandru Nimurad focused on the historical meaning of blouse motifs, different for each stage in a woman's life, from youth, through marriage, to death while Alexandra Abraham elevated it through intricate leather harnessing. Finally, Vika Tonu's pieces held Queen Mary, the first to have introduced the 'ie' (as the traditional blouse is called) to the royal court, as inspiration. The hearts are a very literal symbol of Queen Mary's own heart, that now resides at Bran Castle at the precise instructions of the Queen. By far, my favourite part and what sold the collections to me was the inspiration, the concept behind them.

Okay. Now, I know art is subjective and I am fully aware that I do not have the design expertise to judge the pieces. But I have to admit they seemed to transport the traditional blouse to a much darker, seemingly out of this world place. The traditional blouse will always take me to carefree summers in the countryside and happy moments celebrating our country and culture and I definitely did not find this transpiring through the showcase. Having the chance to hear the designers' ideas infinitely helped my understanding but what I ultimately gained from the showcase was a reinforced image of how beautiful our traditional garments are and how no modern interpretation could raise to the same level. But maybe I'm just old-fashioned.

Congratulations to Alexandru Nimurad and Vika Tonu for the "Best emerging designer" award and to Roxana Gibescu for "Best curator", three awards in the Emerging Designers section doesn't sound too bad!

The Untamed Skin exhibition will be on at the Romanian Cultural Institute in London until the 20th of March. 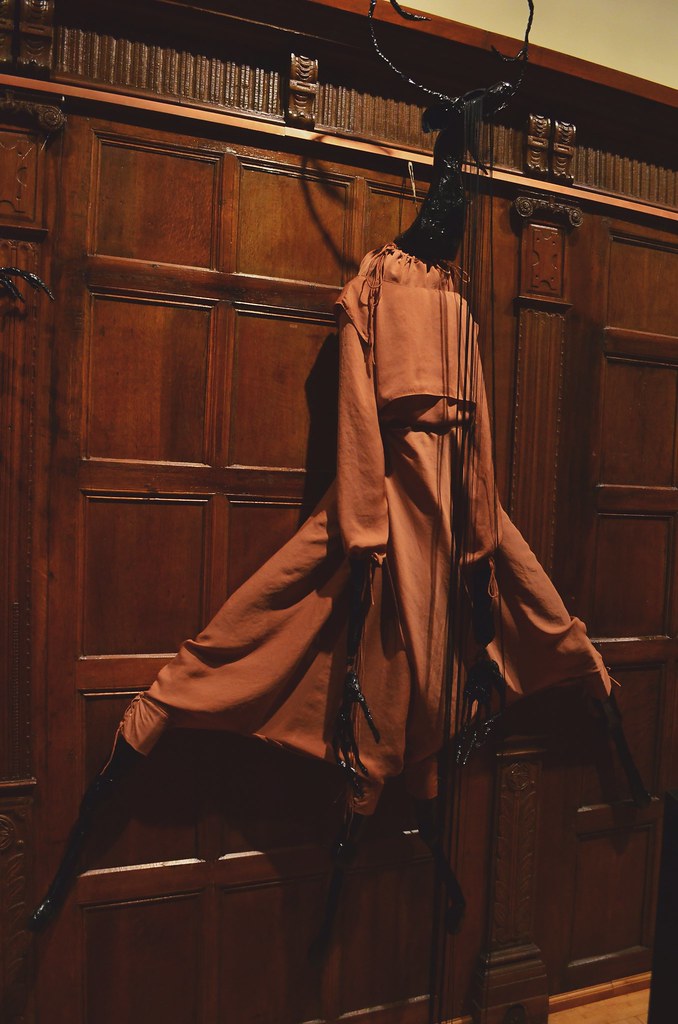 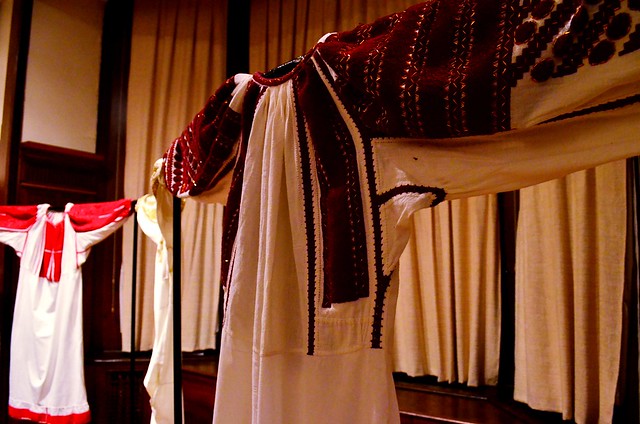 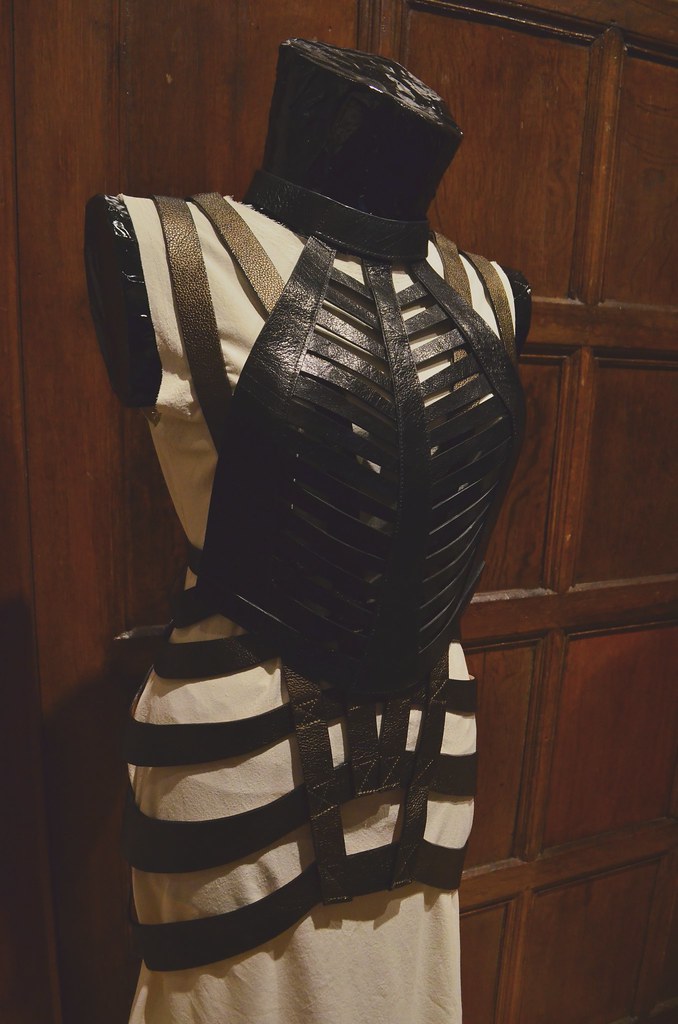 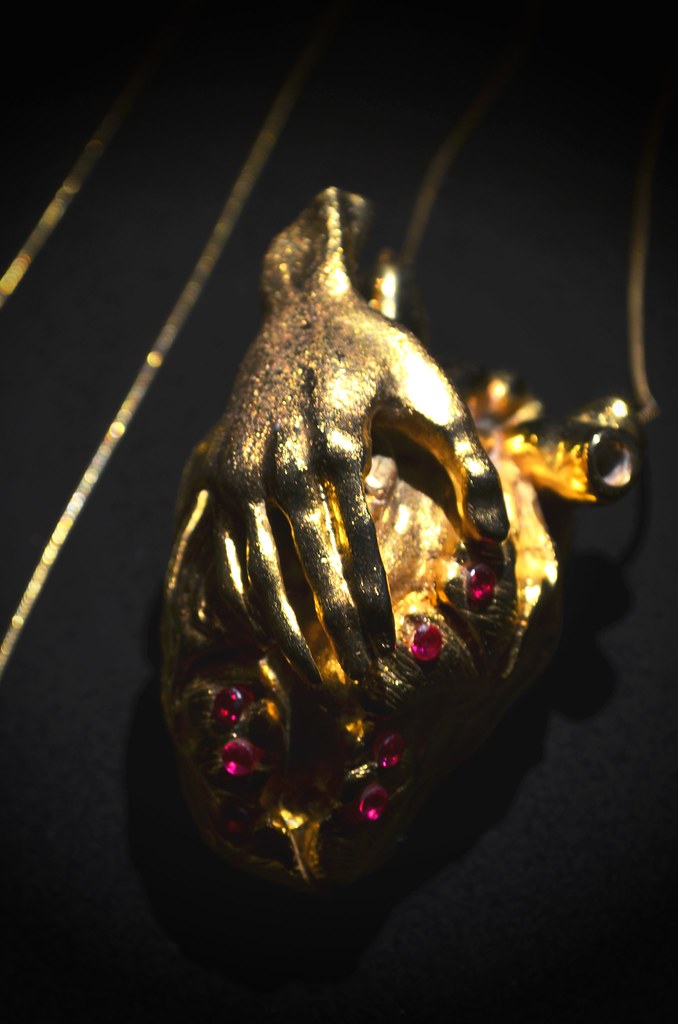 The International Fashion Showcase is the only British Fashion Council event that is open to the public, so go while it's on!
Labels: alexandra abraham alexandru nimurad fashion international fashion showcase lfw lfw15 route 13 untamed skin vika tonu