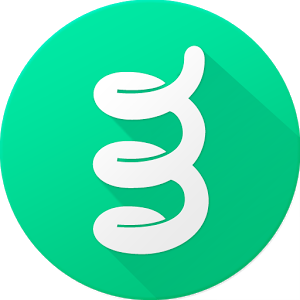 Know when you end up refreshing your Facebook page so fast that it doesn’t even get to load some new posts? When the internet can’t seem to keep up with your boredom? That happens to me a lot while trolling browsing the internet. I exhaust all sources of entertainment and end up staring at the walls (Okay, maybe I exaggerate). However, sometimes, the Russian roulette that is the internet throws me a very random yet juicy bit of information. This is how, a while ago, I came across Spring, a new app that would allegedly enable you to turn yourself into a supermodel. Guilty as charged, I downloaded it. The idea of my supermodel self was too appealing not to see what this was all about.

Long story short, Spring allows you to stretch the hell out of yourself – longer legs, a height in the league of Karlie Kloss and so on. I tried it and it works. You can pick three spots in between which you want to stretch your body and then proceed to make yourself taller. I have to admit, I had a very amusing post-download hour making all sorts of collages with different versions of myself. I liked the app. For about an hour. After having my fair share of amusement I decided to share Spring with my friends. That is when I was brought back to reality, after one of my friends said something along these lines:

We live in an “edit your pictures until you are not the one in them anymore” era.

When is editing ever enough? Around 133,000 video results showed up when I typed “How I edit my Instagram pictures” on Youtube and then another 22,000 on how to edit selfies. With apps like Facetune reaching #1 in the photo & video category no Instagram picture is spared of a little retouching. It might be that people only use them to make those unwanted pimples disappear, thus, not transforming themselves but merely making something that wasn’t supposed to be there in the first place go away. But then again, you start by making one blemish disappear and end up by retouching your whole face. And what is the point when our audience knows what we actually look like? A very good question, if only the last part were accurate. Truth is, nowadays, most of people’s online audience is made out of strangers. People meet, fall in love and spend so much of their time “together” online. Have our actual lives become so separated from our virtual ones? The simple fact that we would have virtual lives is worrying. Our social media platforms should be an extension of ourselves and not different personas that, in the end, have nothing to do with who we actually are.

At first I thought my friend’s reaction was a bit harsh - why do we have to make such a debate out of the smallest things? Yes, apps like these can encourage people to portray a false image of themselves to the world but then again also does make up and no one seems to be making a fuss about that. In the end it’s all about how you perceive the tools that are put to your disposal – whether you want to use this app to create an alter-ego or just to have fun. I am aware that I might have been playing around with the app, with no intention of actually posting any of those pictures on the web other than to maybe make fun of my 5’9”self, while other people use it on a regular basis. With so many means of communication it has become the norm to comment and share opinions on almost anything, from Rihanna’s latest outfit to presidential elections, most of them being useful for absolutely nothing. The problem nowadays is not the increasing number of controversial issues but the lack of filtering when and where these debates should take place. No matter how important an issue is, simply posting a random comment on a random picture on a random site does not mean that you have contributed to it in any way. What is most important now is for us to learn where and when to contribute to a debate in order to make our contribution count towards something.

Now, I am curious what you guys think. Are apps like Spring fun or do they just mess with our heads? But also, would you use Spring?

Finally, here is me with longer legs in a Kim Kardashian without her proverbial behind and an even taller than life Karlie Kloss sandwich. Tell me what you think, I am intrigued.