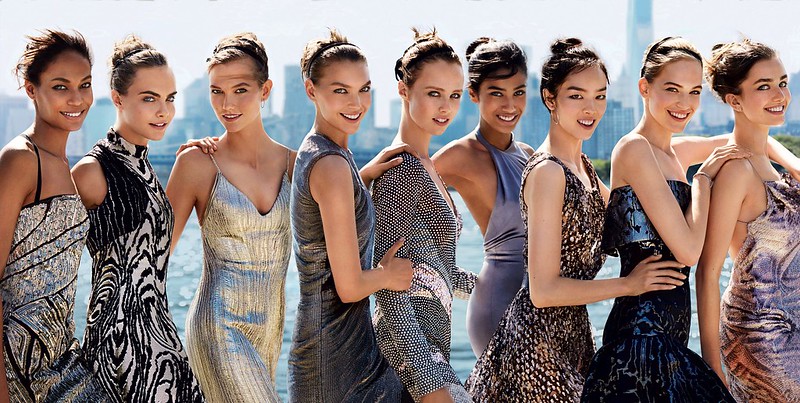 Probably the most anticipated magazine edition all around the world is the September issue of Vogue. It was Anna Wintour that decided, with her first Vogue cover, to use a picture of a carefree Michaela Bercu instead of the traditional glamourous supermodel shot and it was her that later on put celebrities over models on the cover. With this edition however, she not only went back to the giants of modelling, but she chose nine of them to don the cover of Vogue, keeping it young and carefree nevertheless. To be honest, I think this is what still makes it relatable to the everyday woman.

Nonetheless, what makes me so excited is that one of the nine supermodels featured on the cover is Andreea Diaconu. Although Andreea is no stranger from Vogue, landing her first cover in February 2013, this particular one places her amongst the most influential models in the world – see Cara Delevingne, Joan Smalls etc. I am always proud to acknowledge the work of other Romanians so this cover makes me extremely happy and excited to add it to my collection once it hits stands in September.